Supported by the FAB, The Umpires Association is an automonous governing body for the Umpires and Markers licensed to officiate in Malaga Province.
As part of the Malaga Delegation the elected head of the Association has a seat on the Executive Committee.


At the AGM the new UMA Committee has been elected as follows:

The Minutes of the AGM are online HERE.

New Umpires
The recent Umpires Course was completed and as always the Exam was very demanding. Candidates must achieve the pass mark in each of the four elements which comprise the exam, the Written paper, the Multiple Choice paper, the Oral test and the Measuring exercises.

The standard of the candidates has proved to be very high and congratulations go to Bill Neal, Clive Nuttall, Eoghain O'Bradaigh and John Wilson.

Markers Course
There will be a new Umpires Course being run in July 2022 by Jeff Rowe..
It will be held at Saydo Bowls Club and is open to members of both La Posada Bowls Club and saydo Bowls Club.<br>over 5 weeks
Held at both Miraflores and Mijas Bowls Clubs it will run from 20th January.
Anyone wishing to join can get more details from Roy Saunders umpires@malagafab.com or directly from Jeff Rowe. 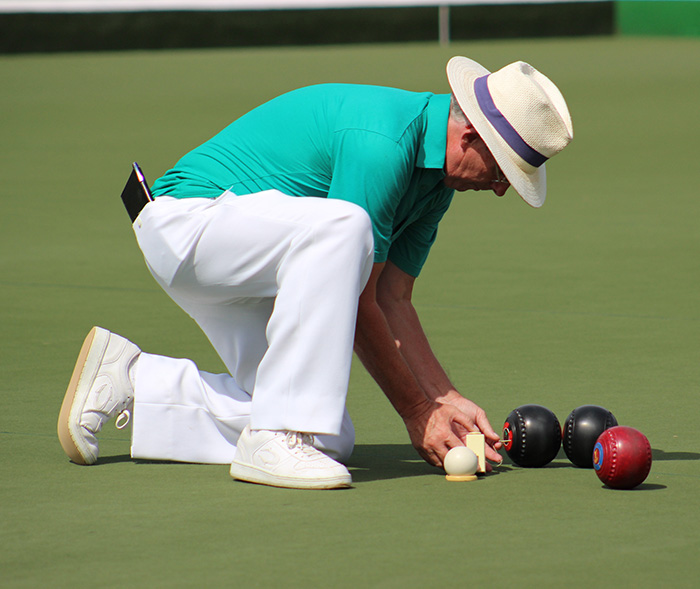 The UMA holds courses and exams for both Markers and Umpires throughout the year, as well as regular meetings to engage and refresh the knowledge of current Members.

They have a duty to provide Umpires and Markers for all Federation Events as well as for Federated Tournaments run by the Clubs themselves.
All Clubs are encouraged to have their Members sign up for courses, at no charge to the Clubs or those taking the course.

More dates for 2022 Umpires Courses will soon be announced.

Congratulations to those who qualified by passing their Umpire's Exams and to those who recently passed their Marker's Exams.. We look forward to seeing your new expertise on show in 2022.

The Current UMA Committee is as follows: